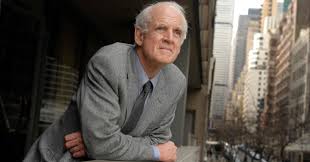 My friend, Erik, just mentioned to me yesterday that he was planning to read this book.  I have encouraged a few of the smartest people I know to read it, but only my friend Nathaniel has actually accomplished the feat.  I am wishing Erik the best of luck and his comment spurred me to think anew about the book.  And, I am now thinking of reading it again.  If Erik reads it, I would enjoy discussing it with him.

I read this book almost two years ago.  When I finished the 22 page Introduction, it was so good that I started again at the beginning and read it once more.  Upon finishing the 776 pages (not including footnotes), I felt like I had climbed Everest.  I found so many new vocabulary words in the course of my reading, that I purchased a vocabulary software program to keep track of all the new words I was learning (arrogate, cavil, enervation, imbrication, stultification, to name a few).  Each time I read it, I needed to make sure that I had at least 30 minutes of concentrated reading time so that I could get in the flow and follow the ideas.

Even though I love reading books, I rarely would think of referring to a book as beautiful.  But, that is the thought I continued to have as I read A Secular Age.  When I finished, I also kept thinking that I had to read this important book again.  Taylor takes up the question of how we arrived at this secular age that we now live in.  I found his explanations very persuasive and expansive.

Should I read it again?  I was thinking of tackling Alvin Plantigna’s Warranted Christian Belief first, which is another very big reading project.  I know if I read it again, it will take incredible dedication, discipline, concentration and perseverance.

Some gems from the Introduction:

“We have changed not just from a condition where most people lived ‘naively’ in a construal (part Christian, part related to ‘spirits’ of pagan origin) as simple reality, to one in which one almost no one is capable of this, but all see their option as one among many.” (p. 12)

“I would like to claim that the coming of modern secularity in my sense has been coterminus with the rise of a society in which for the first time in history a purely self-sufficient humanism came to be a widely available option.  I mean by this a humanism accepting no final goals beyond human flourishing, nor any allegiance to anything else beyond this flourishing.  Of no previous society was this true.” (p.18)

Lastly, here are a few choice comments about the book by some reviewers:

“This is Charles Taylor’s breakthrough book, a book of really major importance, because he succeeds in recasting the whole debate about secularism. This is one of the most important books written in my lifetime. I am tempted to say the most important book, but that may just express the spell the book has cast over me at the moment.”—Robert N. Bellah

“Taylor’s masterful integration of history, sociology, philosophy, and theology demands much of the reader. In return you will be convinced that Charles Taylor is one of the smartest and deepest social thinkers of our time.”—Tyler Cowen, Slate

“[A] big, powerful book… [Taylor’s] book is massive in its historical and philosophical scope. Penetrating and dense, it would take months to fully digest. Loosely structured, it’s crammed with original insights. Taylor, 75, can pack more into one of his complex paragraphs than most prevaricating, deconstructing academic philosophers can say in a chapter, or even a book… The book explores the immense ramifications of how the West shifted in a few centuries from being a society in which ‘it was virtually impossible not to believe in God’ to one in which belief is optional, often frowned upon.”—Douglas Todd, The Vancouver Sun

As an aside, I had two major interruptions in writing this blog – about 20 minutes of rebounding for my oldest son and then after another 20 minutes of rebounding for my middle son.  Pure joy for me.  I love being with them and I use the time we are on the court together to pray for their lives (and get some exercise!).  All the time I have with each one of them is such a gift from God.  They have two big basketball games on Friday and Saturday which we are really looking forward to.